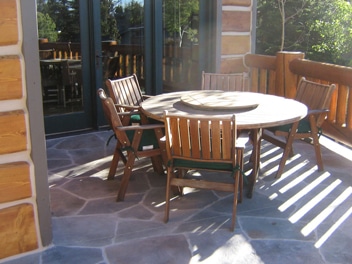 To extend the lifespan of three natural stone decks and allow for year round use, this homeowner chose to add a Tuff Cable snow melting system beneath the stone. Warmquest designed and installed the system, taking advantage of Tuff Cable’s unique properties.

5 CBX7 control units were installed to power the 5 zones of Tuff Cable on the 3 decks. To maximize coverage, the Tuff Cable was “jumpered” between 2 of the decks in order to maximize the capabilities of the transformers housed inside the control units. This allowed for the project to be completed with fewer components.

The control units are operated via a selector box tied to a snow sensor. When the temperature and moisture sensor is triggered, the selector box activates each control unit in a staggered start.

The Tuff Cable was anchored to the wooden substrate of the deck over a water barrier. The heating element is held in place by plastic clips which were glued down to the substrate. The cable was then embedded in mortar and natural stone installed over the top. By using a snow melting system, the stone will be preserved from damage caused by tools and snow melting chemicals, keeping the deck usable year round and preserving the materials for years to come. 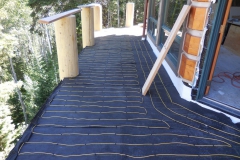 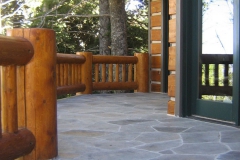 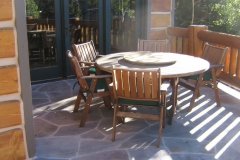 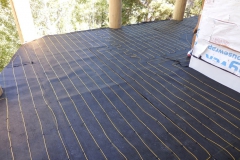 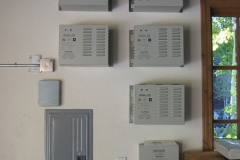 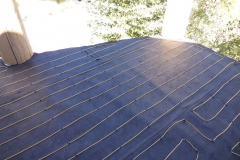