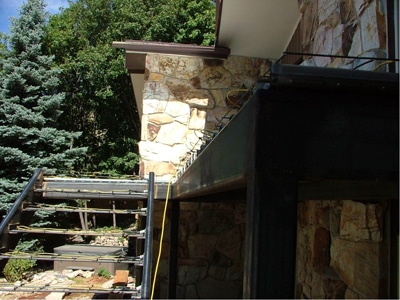 First, the customer wanted snow melting in a sidewalk coming up the side of his driveway. The sidewalk had 24 steps, which can often present problems for any snow melt product if the concrete cracks or separates as a result of shifting or settling. Warmquest installed Heatizon Tuff Cable heating element prior to the concrete pour. Each step was connected to the next with Heatizon Joint Jumper Kit embedded into the substrate at each step. The Joint Jumper Kits allow the Heatizon Tuff Cable to move and shift with the settling concrete without damaging the heating element, so that even if the steps shift or crack, the snow melting system remains intact and functioning.

Another innovated feature of this project was installing snow melt in metal stairs, similar to the ones commonly used in apartment and condominium developments. Heatizon Tuff Cable was installed in eleven stair treads prior to covering with concrete treads, and Heatizon Joint Jumper Kits were once again used between treads. Because these stairs were free floating (suspended), the Joint Jumpers had to be hidden in the metal side support rail for aesthetic reasons.

At the top of the metal stairs was a 200 square foot metal deck which the customer also wanted snow melted. This metal deck is also suspended, so the Heatizon Tuff Cable heating element was installed as close to the surface as possible by connecting it to welded wire fabric. 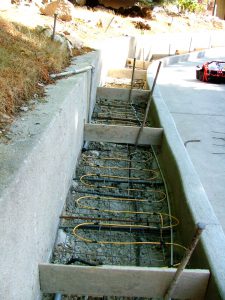 Finally, the new Heatizon CBX7 Control Units were used. Heatizon’s CBX7 Control Units change the line voltage sine wave to insure the system is running at the optimal amperage on the secondry side of the step down transformer, and creating the desired Watts. This project, delivering 22 Watts per square foot, was designed using ASHRAE’s “Snow Melting and Freeze Protection” guidelines to ensure customer satifaction and to minimize energy consumption. 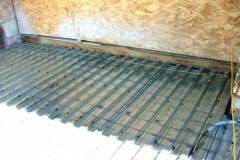 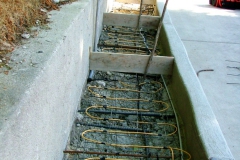 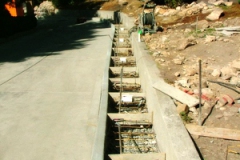 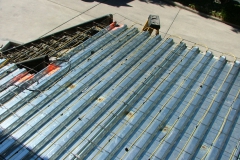 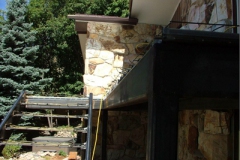 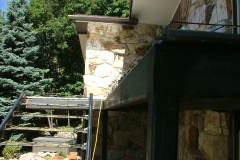 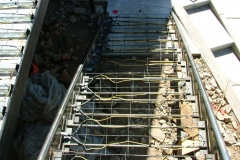 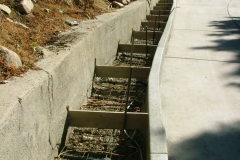 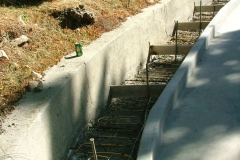