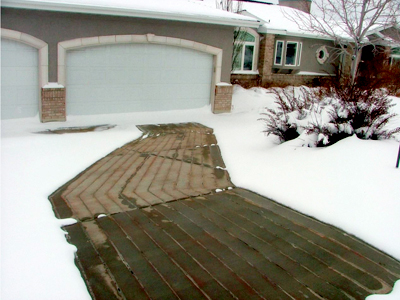 The snow melting system originally installed into the driveway of the home had failed because the concrete had moved so dramatically that the heating element eventually broke in many places. Rather than tearing out the concrete and replacing it along with the heating element, Warmquest suggested that the owners consider retro-fitting Heatizon Systems Tuff Cable snow melting products into their existing driveway.

This project utilized a Aerial Mounted Temperature Moisture Sensor. This provides a no-hassle way to ensure a faster reaction time than manual devices. 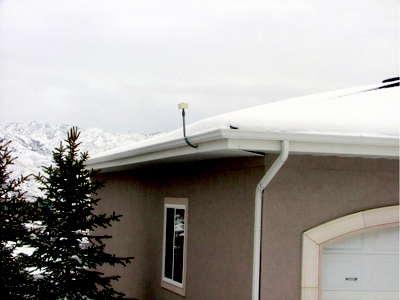 Retrofitting Tuff Cable into existing concrete or asphalt is ideal in mountainous and other locations where the substrate is volatile or where landscape retainage is on one side or the other of the surface being snow melted.